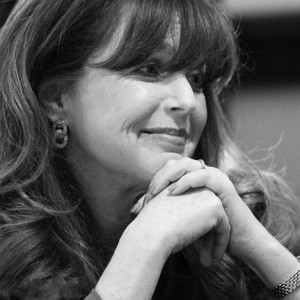 Although intensely curious since childhood, I did not apply this curiosity to the scientific study of cognition until after embarking on a first career. Literally the day after I received my undergraduate degree, I began teaching high school in Dallas, Texas and its surrounding suburbs.

I enjoyed a rich, satisfying career teaching English and Spanish, first in an inner city school, then in a rural school (where the superintendent, enjoyed donning coveralls and mounting a tractor mower to trim the school yard on sunny days), and then in an upper-middle class college preparatory school (where the students had more spending money than I, and after-school clubs, such as the chemistry or chess club, were highly attended).

While still teaching high school, I decided to take a night course in Human Development at nearby University of Texas at Dallas. My goal was to understand better adolescent development. Both as a teen and then as a teacher of teens, adolescence mystified me: freshman were small enough to hide in their lockers – and wanted to – and the seniors were old enough, at that time in Texas, to drink legally.

The night course I took at the University of Texas at Dallas was a closet version (given that it was in a College of Human Development) of introductory cognitive psychology. It was taught by Professor James C. Bartlett. Jim played a fundamental role in my scientific and academic development (and indeed when I was given a named professorship from anonymous funds and therefore I was allowed to appoint the name, I named it implicitly after Jim). I enjoyed Jim’s course immensely; it was the first cognitive psychology course I’d ever taken. I became enamored with the simplicity yoked with the creativity of cognitive experiments – how one could carefully manipulate the stimuli and then observe microscopic mental events. That was truly a class that changed my life.

After this first course in cognitive psychology was over, I went to talk with Jim about taking another course. He mentioned the courses he would be teaching the next term. None ‘t fit my schedule because they were all day courses, and I taught school during the day. Jim then said something to me that at the time was completely incomprehensible. He said that he had only taught an evening course that term (and had never taught one before and would probably never teach one again) because he was coming up for tenure and the dean had asked him to teach a night course. To the uninitiated (those folks like me at the time, completely unversed in academic discourse) this reason made as much sense as if he had said “I only taught that course at night because I wear purple underwear,” or “because my mother was born in Arizona.”

However, to my great and long-lasting advantage, Jim Bartlett invited me to do supervised research in his lab. For the next two years, I taught high school during the day (8 a.m. to 4 p.m.) at a suburb in Dallas, and then drove over to UT-Dallas every evening to work (5 p.m. to 9 p.m.) in Jim’s lab (first as a volunteer and then as a paid RA). After two years Jim advised, “If you like teaching,” which I did, “and you like doing research,” which I did, “you should become a university professor and then you could teach and do research at the same place.” I figured that I would save a bit on gasoline, so that spring I applied to one doctoral program, Human Experimental Psychology at the University of Texas at Austin, where I was accepted and I enrolled the next fall.

At the University of Texas at Austin, I had the extreme fortune and great pleasure of working with Donald Foss. Don introduced me to the world of psycholinguistics and mentored me in everything from phoneme monitoring (those were the days that we placed the timing clicks by hand, or rather, by ear) to writing (hence, my continued over-use of the word indeed) to theory development (or as Don would say, “better to be wanted for murder than not to be wanted at all.”).

At the University of Texas at Austin, I was also exposed to other psycholinguists, most notably the late David Hakes, the creative Randy Diehl, and the irascible Philip Gough (whose flippant comment that the only factor that affects word recognition is word frequency motivated my first sole-authored publication, in JEP:General). Although my time at the University of Texas at Austin was brief (I obtained my Ph.D. in three years), those three years had a lasting impact on my scientific career.

I was fortunate that immediately after I received my Ph.D., I joined the faculty at the University of Oregon. (In actuality, the time course was a bit less conventional: I interviewed for their job before completing my preliminary exams, much less thinking of a dissertation proposal; however, having a job in hand is a great motivator for completing in two months five dissertation experiments, which to my delight and others’ amazement were published in the prestigious journal, Cognitive Psychology).

At the University of Oregon, I was surrounded by exciting cognitive psychologists: Mike Posner, the late Steve Keele, Doug Hintzman, and Jennifer Freyd. When the late Peter Jusczyk left Oregon only two years after I arrived, I became Oregon’s only psycholinguist. The lack of psycholinguists became a blessing in disguise. I began approaching language processing by envisioning the general cognitive processes and mechanisms that might underlie it. A general-cognitive-models-and-mechanisms approach continued to be the hallmark of my research program for the next decade.

Therefore, in the early 1990s I incorporated the field of affective science into my research program, taking advantage of the very pronounced strength in the scientific study of human emotions at the University of Wisconsin-Madison. Later in the 1990s, I acquired even more markedly new skills, those of human brain imaging. It was rewarding to learn that a middle-aged dog could successfully learn some new tricks. At the turn of the millennium, I sought another infusion of advanced training, that of genetics. Although I didn’t aim to be able to genotype in my own lab, I did want to be well versed enough with the methodology that I could sing – rather than simply hum – to articles examining genetic underpinnings of phenomena in which I was interested. 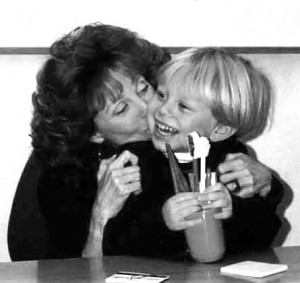 Perhaps the most prominent shift in my research has occurred during the past several years as I’ve become familiar with autistic people. The inspiration for this knowledge arose from my lap, rather than my lab.

When my son Drew was diagnosed as autistic in the spring of 1998 I was ignorant, prejudiced, and afraid. I now know, thanks to Drew’s patience and perspective, that autistic people deserve unadulterated respect, support, acceptance, and accommodation. I am immeasurably grateful to Drew, and my other autistic friends and colleagues, for opening my mind and my heart. I am also eager to explore empirically the variation and similarity among diverse brains.