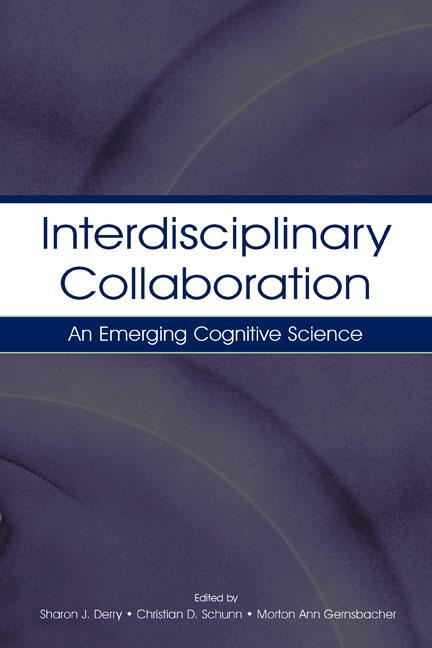 nterdisciplinary Collaboration calls attention to a serious need to study the problems and processes of interdisciplinary inquiry, to reflect on the current state of scientific knowledge regarding interdisciplinary collaboration, and to encourage research that studies interdisciplinary cognition in relation to the ecological contexts in which it occurs. It contains reflections and research on interdisciplinarity found in a number of different contexts by practitioners and scientists from a number of disciplines and several chapters represent attempts by cognitive scientists to look critically at the cognitive science enterprise itself. Representing all of the seven disciplines listed in the official logo of the Cognitive Science Society and its journal–anthropology, artificial intelligence, education, linguistics, neuroscience, philosophy, and psychology–this book is divided into three parts:

Interdisciplinary Collaboration is intended for scholars at the graduate level and beyond in cognitive science and education.

<< Back to Additional Resources